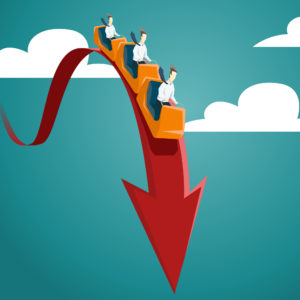 For those of you just tuning in, Bill 148 was originally introduced by the Ontario government in May 2017.  Bill 148 ultimately resulted in the most significant amendments to Ontario’s employment legislation, the Employment Standards Act, 2000 (the “ESA”), that the province had seen in over a decade. Chief among the amendments included: a 29% increase to minimum wage, mandatory paid sick days and an increase to paid vacation entitlement.

However, due to the significant amendments coupled with a rushed timeline, many experts within the industry agreed that Bill 148 simply amounted to too much, too soon. Unsurprisingly, shortly after Bill 148 came into force on January 1, 2018, businesses of all sizes began to experience significant operational challenges, resulting in rising costs for consumers and a mixed bag of entitlements for employees. For instance, prominent coffee chain, Tim Hortons, issued a letter to their employees only three days after Bill 148 took effect, to notify them that they would be losing paid breaks, paid benefits, and other incentives as a result of the province’s minimum wage hike.

Thus, when the notoriously “pro-business” Progressive Conservative, Doug Ford was elected into office, the future of Bill 148 was immediately called into question. On October 23, 2018, Premier Ford took action in this regard, by countering the past regime’s legislation with one of his own entitled, Bill 47, Making Ontario Open for Business Act.

Premier Ford’s Bill 47 effectively repeals or modifies a number of the amendments to the ESA that were originally imposed by the Fair Workplaces, Better Jobs Act.

The key amendments are as follows:

Bill 47 will not modify the following:

While employers will find solace in the fact that Bill 47 may lessen their obligations – we believe there will still be significant widespread implications that accompany this new legislation.

One such implication involves the potential employee backlash that may occur if the Company modifies its existing policies to mirror the new legislation. For instance, consider Bill 47’s amendments to the PEL provisions. Throughout 2018, as per the ESA, employers have been providing their employees with the legally mandated 10 PEL days, including 2 paid days. It is likely that this minimum entitlement has been reflected in Company policies, Employee Handbooks and Employment Agreements. As of January 1, 2019, this raises a significant concern: what are the employee relations implications, now that employees will no longer be entitled to what was previously a minimum entitlement?

Now apply this same line of thinking to minimum wage. Throughout the year, many companies have been proactive and significantly enhanced their wage scales for those earning minimum wage, as well as for those earning above minimum wage, to provide employees with a greater entitlement than required. This practice has contributed to significant increases in overall labour costs for employers. However, despite Bill 47’s minimum wage freeze, employers will undoubtedly face difficulty re-adjusting wage scales as this entitlement has already been provided.

Bill 47 is set to come into force on January 1, 2019. We urge employers to plan accordingly and consider the ramifications that this new Bill may have on your particular business. If your organization requires assistance complying with this new legislation, we are here to help.

Disclaimer: this post is intended for educational and non-commercial purposes only and is not intended to be a source of legal advice to any person in respect of any particular legal issue; it does not create a solicitor-client relationship with any readers. If you have a legal issue or possible legal issue, please contact us.