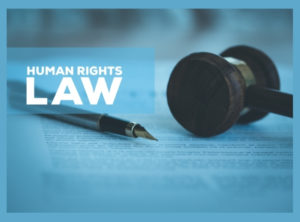 In Imperial Oil Limited and Haseeb, 2021 ONSC 3868, the Ontario Divisional Court has clarified that citizenship, a protected ground under the Ontario Human Rights Code, does not encompass permanent residency. In doing so, it overturned a controversial 2018 decision by the Human Rights Tribunal of Ontario (HRTO) where the Applicant was awarded $120,000.

Over the course of the hiring process, Mr. Haseeb proceeded to misrepresent his eligibility to work in Canada on a permanent basis and was eventually offered the position conditional upon provision of proof of permanent residency. The job offer was rescinded when Mr. Haseeb was unable to substantiate his status. Mr. Haseeb subsequently brought forth a claim to the HRTO, claiming that Imperial Oil has discriminated against him on the basis of his citizenship, a protected ground under the Ontario Human Rights Code (“Code”).

The Tribunal eventually awarded Mr. Haseeb $120,000, representing approximately four years of lost wages and injury to his feelings, dignity, and self-respect. It found that Imperial Oil’s hiring policy clearly favoured citizens and permanent residents to the detriment of others. Significantly, in finding that the Code violation was a form of direct discrimination, it held that the ground of citizenship encompassed and protected against discrimination based on permanent residence.

While this represents a welcome decision for employers who otherwise would have arguably been vulnerable to claims of discrimination premised on distinguishing applicants based on their immigration status, the Court cautioned that in certain circumstances, requiring that an applicant be a permanent resident could in certain cases lead to indirect discrimination for which the employer would be liable.

As we know, it is an offence under the Immigration and Refugee Protection Act (IRP) for employers to employ an individual who do not have the legal ability to work in Canada. As such, while employers should diligently ensure that all employees meet this requirement, they should frame such enquiries narrowly.  It is important for employers to ensure that their hiring policies, procedures, and interview questions speak directly to the requirements of the position and the candidate’s merits and talents rather than other extraneous personal information, particularly if it touches on protected grounds under the Code such as marital or family status, age, or religion.

If you would like further information on this decision and how it may impact your organization’s hiring and onboarding process, please do not hesitate to contact the team at Rodney Employment law at [email protected] or complete our contact form here.