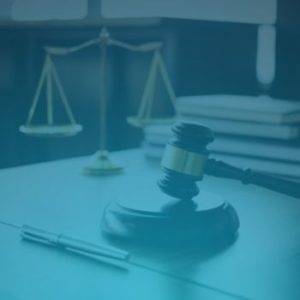 As many of our readers know, The Workplace Safety Insurance Act, 1997 (“WSIA” or “the Act”) provides employers with insurance against certain workplace injuries. Employees injured in a workplace governed by the WSIA receive benefits under the Act. In lieu, the injured employer is generally statute barred from commencing a claim against the employer for the workplace illness or injury.

In brief, Ms. Morningstar was employed by Hospitality Fallsview Holdings Inc. in its housekeeping department until her resignation in 2018. Shortly thereafter she commenced a claim for constructive dismissal seeking pay in lieu of notice as well as additional damages for mental stress, moral, aggravated and punitive damages. Ms. Morningstar claimed that she had been forced to resign following protracted harassment and bullying from both management and other employees of the Company. In defence, the Company successfully brought an application under section 31 of the WSIA, wherein the WSIAT ruled that the constructive dismissal action before the civil courts was statute barred as it was inextricably linked to and effectively a claim for workplace harassment and bullying, which fell within the purview of the WSIA and should then be addressed through the WSIB.

In its recent decision, the Ontario Divisional Court partially overturned the WSIAT decision, clarifying that the purpose of section 31 of the WSIA was to prevent employees from side-stepping the Act which could lead the employee to potentially doubly recovering from both the WSIA and the courts. As the Court held, “the purpose of the WSIAT in s. 31 of the Act is to bar tort actions and also to root out tort claims that are disguised as other types of actions” (para 58).

However, it found that a claim could still be brought outside of the WSIA, even if the facts underpinning the claim fell within the purview of the WSIA, so long as the claim was not for a tort action for the workplace injury which would be subsumed by the Act.

As it stated at paragraph 95:

[95] It is well-established in Canadian law that the same facts can support concurrent liability in more than one cause of action.  A plaintiff has the right to assert alternative causes of action that offer advantageous legal consequences unless the plaintiff thereby improperly attempts to avoid some limitation of liability by so doing.

Ultimately, it held that the Plaintiff’s claim for constructive dismissal, and for aggravated, moral, and punitive damages arose from a breach of contract law and specifically employment law, for which no remedies were available under the Act, and were distinct from tort claims for the workplace harassment or bullying. As such, these components of her action were not statute barred. However, her other claims of harassment were statute barred given that they were effectively tort claims arising out of workplace harassment and bullying, which had been covered by the WSIA since 2018.

This is a welcome decision for employees who otherwise would have effectively been prevented from commencing constructive dismissal claims based upon workplace harassment and bullying. For employers, a section 31 application can still be an effective shield if it is able to demonstrate that allowing the claim, or a portion thereof, would effectively be circumventing the WSIA.

If you have any questions regarding this case and how it may impact you or your organization, please do not hesitate to contact the team at Rodney Employment Law at [email protected] or complete our contact form here.