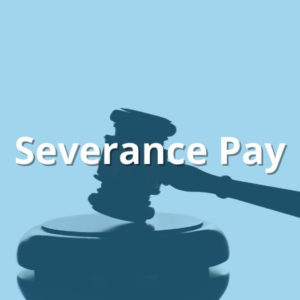 Under section 64 of the Employment Standards Act, 2000 (ESA), employees in Ontario with more than five years of service are entitled to severance pay in addition to termination pay if their employer has a payroll of at least $2.5 million at the time of termination.

How that payroll is calculated has been the subject of some controversy. Prior to 2014, decisions by the Ontario Labour Relations Board (“OLRB”) indicated that the employer’s payroll in Ontario was to be used for determining entitlement to severance, guidance which is still reflected in the ESA Policy and Interpretation Manual. In 2014, that scope was expanded in the case of Paquette v Qaudraspec Inc., 2014 ONCS 2431 (“Paquette”) to include an employer’s national payroll in Canada.

In its recently released decision, Hawkes v. Max Aicher (North America) Limited, 2021 ONSC 4290 (“Hawkes”), the Ontario Divisional Court affirmed the reasoning in Paquette found that the employer’s global payroll is assessed when calculating the employer’s payroll, and not just its payroll in Ontario.

Following his termination after approximately 38 years of service, Mr. Hawkes commenced an Application with the Ministry of Labour seeking termination, vacation, and severance pay. The Employment Standards Officer found that Mr. Hawkes did not meet the requirements for severance pay as set out under section 64 of the ESA because Aicher did not have a payroll of $2.5 million or more in Ontario.

Mr. Hawkes then sought a judicial review of the OLRB decision. In overturning the OLRB decision, the Divisional Court analyzed two significant factors. Firstly, it held that while section 3 of the ESA explicitly limits its jurisdiction to Ontario-based employment, there is no such restrictive language in section 64 which would limit the calculation of payroll to just Ontario for calculating severance entitlements for individuals covered by the ESA. Secondly, the Court affirmed the remedial and benefit-conferring nature of the ESA and held that it “ought to be interpreted in a broad and generous manner, and any doubt arising from difficulties of language should be resolved in favour of the claimant.”

Significantly, the Court also held that previous decisions prior to 2014 which had limited payroll to Ontario had erred in law and had been incorrectly decided.

Lastly, the Court additionally found that an ESO has the power to obtain information regarding the foreign payroll of an employer in Ontario under section 91 of the ESA, and as such, there were no procedural issues which would arise which would impede consideration of a global payroll.

This decision has significant implications for national or international employers with small operations within Ontario, who may previously have been confident that no severance pay entitlements arose for their Ontario employees.

While it is likely that higher courts will provide some finality with respect to this issue, in the interim employers should consider their global payroll and be prepared to provide global payroll information when reviewing severance entitlements for their Ontario employees.

If you have any questions regarding this case and how it may impact you or your organization, please do not hesitate to contact the team at Rodney Employment Law at [email protected] or complete our contact form here.