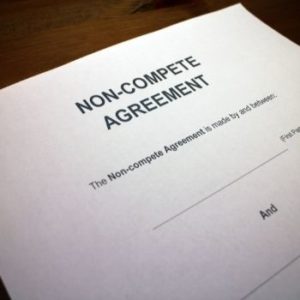 The Ontario Superior Court recently confirmed that employees with non-competition clauses in their employment agreements which pre-date October 25, 2021 are not invalidated by the passing of Bill 27, Working for Workers Act, 2021. Bill 27 received royal assent and came into law on December 2, 2021. Amongst the changes the to the Ontario Employment Standards Act, 2000 (“ESA”), Bill 27 prohibits employers from entering into non-competition clauses with employees, and voids any such attempt, retroactive to October 25, 2021.

What was unclear before this decision was how this legislation would impact current non-competition clauses in place prior to October 25,2021.

In Parekh et al v. Schecter et al, 2022 ONSC 302 (“Parekh”), the Plaintiffs purchased a dentistry practice. As part of the sale arrangement, one of the practice’s existing dentists, Dr. Schector, was required to sign an Associate’s Agreement and continue to work at the practice for four years after conclusion of the sale.

In his reasons, Justice Sharma sided with the Plaintiff’s employer, and clarified that the new ESA prohibition against non-competition clauses against employees applies to agreements entered into after October 25, 2021. In doing so, he clarified:

[48] At most, and in respect of this case, the new ESA provisions confirms the public policy against restraint of trade, which has already been accepted in the common law.

Consequently, employers are reminded to review their employment agreements to ensure that agreements dated October 25, 2021 onwards do not contain non-competition provisions except under narrow exemptions provided for under the ESA. Practically speaking, employers should review the language of other restrictive covenants such as non-solicitation clauses, which remain enforceable and are not impacted by Bill 27, to ensure that they are clear, unambiguous, and reasonable with respect to their terms.