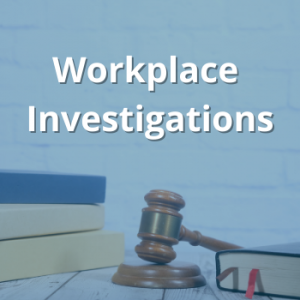 A recently released decision by the Ontario Superior Court of Justice serves as a sobering reminder to employers of the high threshold of misconduct which must be met before an employee can successfully be terminated for cause, as well as the importance of a well-constructed disciplinary policy.

Mr. Czerniawski, a 54-year-old Assembler with over 19 years of service, had a blemish-free disciplinary record with the employer and a history of solid performance, dedication, and dependability. A heated verbal altercation with a co-worker escalated into Mr. Czerniawski being instructed to leave the workplace by a Supervisor.

Despite multiple requests to leave by the employer, Mr. Czerniawski resisted and instead asked the Supervisor to specify and clarify the basis of sending him home. After further back and forth, he was escorted off of Company property by the police and was advised not to return until instructed. Nonetheless, Mr. Czerniawski returned the following week to deliver a letter outlining his version of events. Following an investigation into the incident, without his participation, Mr. Czerniawski was terminated for cause for acting offensively towards his co-workers and insubordination, both by refusing to leave the workplace when directed and for returning to deliver his letter despite explicitly being told not to return until instructed. Mr. Czerniawski subsequently brought a claim for wrongful dismissal.

In his judgement, Justice Backhouse revisited the basic principles underlying a just cause termination as defined in McKinley v BC Tel, 2001 SCC 38, where at para. 33 the Court stated, “an employee’s misconduct does not inherently justify dismissal without notice unless it is ‘so grievous’ that it intimates the employee’s abandonment of the intention to remain part of the employment relationship.”

McKinley emphasized the importance of proportionality when disciplining employees and assessing the particular facts of the employee’s behavior, their tenure, as well as discipline history.

Although the Court found that there had been a verbal altercation, it placed little value on the employer’s Incident Report for two reasons – the statements contained were found to be exaggerated and Mr. Czerniawski himself had not been interviewed as part of the investigative process. Further, the Court found that while Mr. Czerniawski had been insubordinate, it largely stemmed from confusion arising out of the employer’s failure to inform him clearly and in a timely manner of the allegations against him as well as his lack of participation in the investigative process.

The Court then turned to Mr. Czerniawski’s lengthy employment of 19 years without any performance issues, history of discipline, or threats or violence towards his co-workers. Given that this was an isolated incident and his employment history, the Court found that the employer had failed to engage in progressive discipline, and subsequently that termination was a disproportionate response to the events described above. In light of this, the Court determined that the high threshold of just cause had not been established and that Mr. Czerniawski had been wrongfully dismissed, awarding him 19 months of notice.

This case provides crucial guidance on addressing workplace misconduct. Employees should clearly be made aware of any allegations of workplace misconduct in a timely manner. It is also important that employers conduct a thorough and fair investigation into the matter, which includes interviewing the employee and understanding their version of events. If the misconduct attracts discipline, then employers should ensure that it is proportionate, taking into account the employee’s history with the organization and past disciplinary history.

A poorly performed workplace investigation can have costly consequences. Though the court declined to award further aggravated or punitive damages in this case, similar facts have attracted such damages. Employers are well advised to seek guidance when performing workplace investigations and before alleging cause for termination, ensuring that they are following best practices for addressing misconduct in the workplace.

The team at Rodney Employment Law can assist with all elements of performance management and regularly advises on and performs workplace investigations. Please do not hesitate to contact us at [email protected] or complete our contact form here.