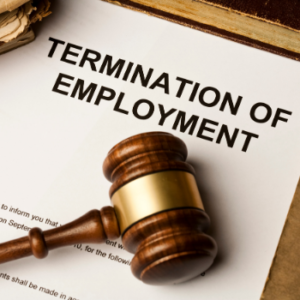 A recent decision of the Ontario Superior Court, Perretta v. Rand A Technology Corporation, 2021 ONSC 2111, demonstrates that even the most binding and enforceable termination clauses can be voided by employer conduct.

The Plaintiff, Ms. Perretta, was terminated in 2018 after 5.5 years of service. Her employment agreement stipulated that the employer could terminate Ms. Perretta’s employment without cause by providing her with two weeks of notice or pay in lieu of notice plus the minimum notice or pay in lieu of notice, benefits and severance pay required by the Employment Standards Act, 2000 (ESA). Consequently, the employer was obliged to pay Ms. Perretta 7 weeks in severance upon termination.

Rather than honour this clause, Ms. Perretta was advised via her termination letter that the additional two weeks owed beyond the ESA minimums would be withheld unless she signed a Release in favour of the Company. After Ms. Peretta involved legal counsel and demanded the full payment owed under the Employment Agreement, the employer characterized the new terms as an oversight, apologized for the error, and paid out the outstanding two weeks, providing her with her full entitlements owed under the Employment Agreement upon termination.

This finding had significant consequences. Following the Court of Appeal decision in Wood v. Fred Deeley Imports Ltd., 2017 ONCA 158 in which Justice Laskin memorably stated “If the only consequence employers suffer for drafting a termination clause that fails to comply with the ESA is an order that they comply, then they will have little or no incentive to draft a lawful termination clause at the beginning of the employment relationship”, the court in this case similarly determined that there would be no incentive for employers to comply with their own termination provisions if the only consequence was to apologize and pay the outstanding amounts. Consequently, Ms. Perretta was held entitled to common law reasonable notice, rather than just the additional two weeks offered by the termination provisions of her Employment Agreement.

The Court went on to award Ms. Perretta 6 months of notice as a 49-year-old employee of 5.5 years who had been working in a sales role.

As an aside, the Court also held that even if the Employment Agreement had not been repudiated, that the termination clause would still be unenforceable, as the just cause provisions contained several clauses which contracted out of the ESA.

The takeaway for employers is clear. While valid and enforceable termination provisions are critical aspects of any Employment Agreement, an employer’s actions should be in accordance with the stipulated terms. Otherwise, the employer may not be protected by the terms of the Employment Agreement, regardless of how well drafted and otherwise enforceable the terms may be.

We urge all employers to review their Employment Agreements regularly, and to seek experienced counsel for guidance if wishing to vary any of the terms contained therein. Please do not hesitate to contact the team at Rodney Employment Law at [email protected] or complete our contact form here.