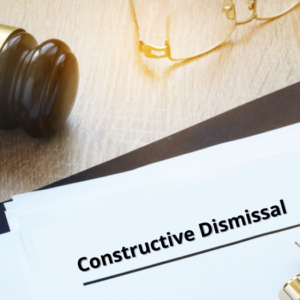 Ontario courts continue to provide guidance with respect to layoffs caused by Covid-19. In the recently released decision of Ristanovic v. Corma Inc., 2021 ONSC 3351, Justice Dunphy held that two employees who were laid off at the onset of Covid-19 had been constructively dismissed.

The two employees were laid off in February 2020 due to significant business disruptions in the Company’s supply lines abroad. The employer, Corma, continued benefits for both employees and advised the employees that the layoff would not last more than 35 weeks.

Shortly thereafter, both employees advised Corma that they viewed the layoffs as constructive dismissals. Neither employee was recalled within 35 weeks, as had been indicated.

However, the Defendant argued that there was an implied term in the contract of employment which allowed employers the ability to lay off employees under extraordinary circumstances caused by the pandemic. Citing the Ontario Court of Appeal in Mifsud v. MacMillan Bathurst Inc., which found that in the absence of a written agreement that the implied terms of a contract are determined by what the parties would have agreed to had they turned their mind to the type of situation which had transpired, counsel for Corma argued that had the parties turned their mind to the possibility of a pandemic, both parties would have reasonably agreed to allow a temporary layoff.

The Court declined to rule on the question, finding that it was unnecessary given the circumstances surrounding the layoffs.  Firstly, both layoffs occurred in February, before Covid-19 had developed into a national or global pandemic. At the time of the layoffs, no lockdown orders had been implemented in Ontario and the employer was still allowed to operate and have staff come into work. As such, the Court found the economic environment which forced the lay-offs more comparable to other commonly occurring business difficulties such as recessions or changes in the marketplace, which have not been found to justify lay-offs, rather than an unprecedented global pandemic.

Secondly, both layoffs began prior to the introduction of the Infectious Disease Emergency Leave, and so the 35-week time limit for layoffs imposed by section 56 of the Employment Standards Act, 2000 (“ESA”) continued to operate, resulting in both employees deemed to have been terminated under the ESA after 35 weeks of being laid off.

This decision joins a growing body of cases which demonstrate that timing is critical when assessing the impact of the pandemic on employees who have been laid off or terminated during the pandemic. It remains to be seen if Courts will view layoffs which occurred later in the pandemic differently, particularly when businesses were mandated to close.

Most importantly, this decision demonstrates the importance of a well drafted employment agreement which allows for layoffs and contains strong termination provisions to protect your organization against similar claims. To learn more, please contact the team at Rodney Employment Law at [email protected] or complete our contact form here.