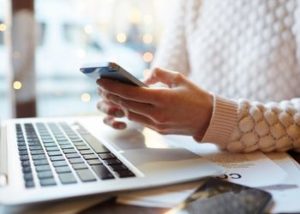 On October 25, 2021, the Government of Ontario introduced Bill 27, the Working for Workers Act, 2021, which introduces a number of significant amendments to the Employment Standards Act, 2000 (“ESA”), if passed into law. The proposed amendments would apply to most employees in Ontario who are non-unionized and working outside of federal regulated sectors. A review of the two most significant amendments, the prohibition of non-competition clauses and the directive to implement a Right to Disconnect Policy, are briefly outlined below.

Non-competition clauses typically bar employees from engaging in competitive business activities against their current or former employer. In the case of the latter, the restriction applies for a pre-determined period of time within a defined geographic area. Generally, courts view these non-competition clauses as a restraint of trade and generally find them unenforceable. This is especially true in the case where a non-solicitation clause would be sufficient.

If passed, Bill 27 would be retroactive to October 25, 2021, and would statutorily bar employers from entering into non-competition clauses, whether contained within employment agreements or other policies or agreements. Any such clause would become void.

It should be noted that the proposed non-competition provision currently carves out an exception when there is a sale of a business. As such, a buyer and seller would remain able to enter into an agreement which prohibits the seller from engaging in competitive business activity following the sale, as long as the seller becomes an employee of the buyer following the sale.

The proposed legislation would not impact non-competition clauses entered into prior to October 25, 2021, nor would it prevent employers from entering into other restrictive clauses such as non-solicitation clauses preventing employees from pursuing a company’s existing or potential clients, non-disparagement clauses which prevent employees from making inappropriate comments, or non-disclosure clauses which protect a company’s confidential information.

The amendments currently do not clarify how it would apply to fiduciary employees, who, as part of their fiduciary obligations, would customarily be prevented from competing against the employer for a period of time following their departure. Though non-competes are seldom enforceable, they are frequently a point of contention following an employee’s departure, especially those at the more senior levels. Should Bill 27 pass, a statutory prohibition would bring much needed clarity on the matter.

Bill 27 also would require employers with 25 or more employees to implement a written policy regarding disconnecting from work. The Bill defines disconnecting from work as meaning “not engaging in work-related communications, including emails, telephone calls, video calls or the sending or reviewing of other messages, so as to be free from the performance of work”.

In its present state, little guidance is provided on what such a policy should contain, simply that it would need to contain any information as “it may be prescribed”, and consequently, it is likely that further legislative direction is to follow. However, in its present state, this amendment does not actually implement or mandate a right to disconnect from work.

If passed, Bill 27 could significantly alter the ESA, with further amendments likely to follow in short order, particularly with respect to the right to disconnect. In light of the proposed amendments, employers are encouraged to review their employment agreements with experienced counsel to ensure that they remain enforceable and complaint with the ESA.

To learn more about how Bill 27 can impact your organization, please reach out to us at [email protected] or complete our contact form here.