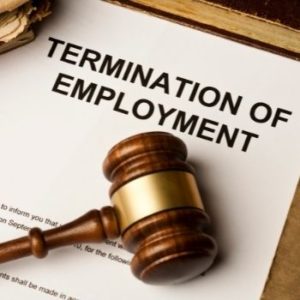 Courts have increasingly demonstrated a willingness to penalize employers for asserting just cause without basis. In Humphrey v. Mene, 2021 ONSC 2539, the Ontario Superior Court went a step further, and found that even though an employer had abandoned its just cause allegations, it could no longer rely on the without cause provisions of the employment agreement in light of its inexcusable conduct. Instead, Justice Papageorgiou held that the employment agreement had been repudiated, entitling the wrongfully dismissed employee to common law notice.

The Plaintiff, Ms. Humphrey, worked as a Vice-President of Operations for the Defendant Employer Mene, under an independent contractor’s agreement which stated that her services could be terminated with five days’ notice. In 2018, she signed an employment agreement with the Company, changing from a contractor to an employee in January 2019.

Shortly thereafter, Ms. Humphrey requested a salary review and provided reasons to support her request. In response, the Company advised vendors that she had been terminated and blocked her access to the Company email accounts. Shortly after, Ms. Humphreys also received a suspension letter which advised that her recent performance was being investigated and that she would be suspended from her post for two weeks pending a final decision. At the end of the two weeks, she was advised that she would either be terminated or demoted to a non-executive position, based on the determination of the board. Unbeknownst to her, Ms. Humphrey’s suspension had also been announced by Mene CEO Mr. Sebag to all employees through a private Slack message.

The Court found that Mr. Sebag’s conduct towards the Plaintiff in the preceding years prior to the suspension had been toxic. After Ms. Humphrey objected to the suspension letter, the Company raised vague and unsubstantiated basis claims of unsatisfactory performance and terminated her for cause.

On summary judgement, the Court found that the allegations regarding Ms. Humphrey’s performance were greatly exaggerated in order to support a just cause termination, and as such, that she had been wrongfully dismissed. The Court also found that Mene’s conduct towards the Plaintiff was a significant departure from the expectation and duty that an employer will treat an employee in good faith i.e. with fairness, reasonable sensitivity, and honesty.

Additionally, the Court found that Ms. Humphrey had been an employee at all times despite her earlier independent contractor agreement, and that the lack of consideration provided when she was offered employment further rendered the agreement invalid. Upon review of her Bardal factors including her age (32 years), position (COO), years of service (approximately 3 years) and availability of similar employment, Ms. Humphrey was awarded common law reasonable notice in the amount of twelve months.

The Court also went further, awarding Ms. Humphrey a further $50,000 in aggravated damages as well as $25,000 in punitive damages for the employer engaging in conduct which the Court deemed ‘reprehensible’, including hunting for a just cause basis for terminating the employee when no such basis existed, breaching Court orders, making inappropriate references to Ms. Humphrey’s personal life, failing to comply with its disclosure obligations, and by falsely claiming that documentation supporting a for cause dismissal existed well into litigation.

This case has several lessons for employers. Firstly, it underscores how tricky transitioning independent contractors to employees can be, given that in many cases the independent contractor would be deemed to be an employee anyway. In such situations, providing consideration is essential to implementing a binding and enforceable employment agreement.

Secondly, employers should note the importance of treating employees with fairness and honesty. Following sound HR principles and best practices is increasingly critical in mitigating the risks that come with terminating employees, particularly if asserting just cause. As described above, Courts will assess both employer conduct as well as the terms of an employment agreement when determining amounts and entitlements owed upon termination.